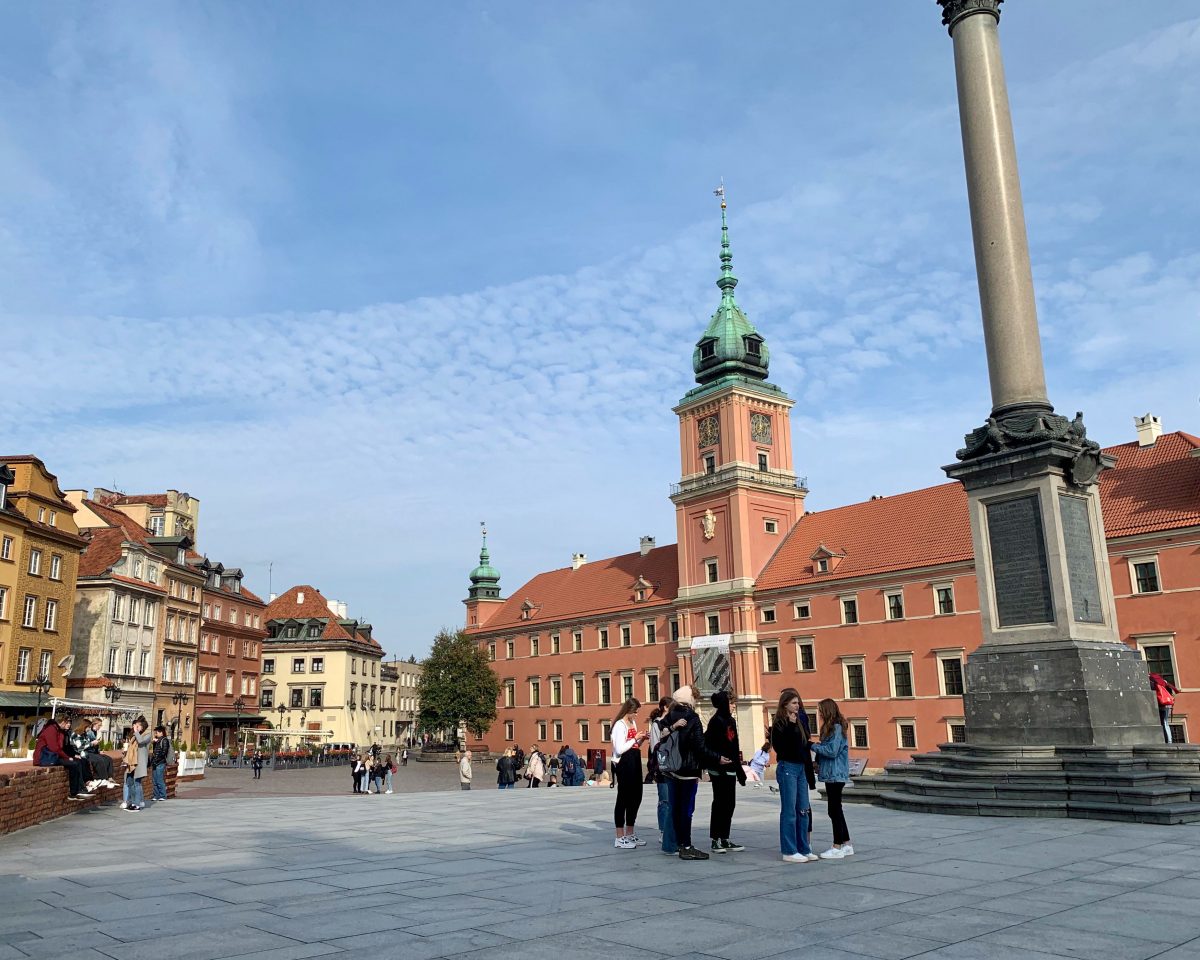 From the picturesque streets of the old town to modern skyscrapers, walking through the Polish capital is like traveling through the ages. Even though most of the buildings were damaged during World War II, when rebuilding them, architects and urban planners focused on the panoramas created in the 18th century by the famous Italian painter Bernardo Bellotto, known by the nickname Canaletto.

The symbol of Warsaw is that of a mermaid. According to legend, this mythical creature had ordered a lovely couple, Var and Shava, to build a city – hence the name VarShava –  a combination of both their names. On the coat of arms of Warsaw, this mermaid is now as a naked woman with a fishtail. In her hands she holds a shield and a sword, as if she had foreseen the history of the place – marked by conquests, uprisings, and destruction.

Begin your journey from the Old Place (Stare Miasto), declared a World Heritage Site by UNESCO in 1980. From the nostalgic laterns, narrow cobbled streets and curved shop signs, the traveler gets the impression that he has stepped into the past. The column of the King Sigismund ascends above the Castle Square (Plac Zamkowy), who had, under his rule, united today’s Poland, Lithuania and Sweden. Behind it, is the Royal Castle (Zamek Królewski). In the 13th century and until the loss of independence in 1795, the building had served as residence to the Mazovian princes and the Sejm (originally the governing body of the two united states of Poland and Lithuania). The President of the Polish Republic lived here in 1926-39, and it is now a museum open to the public, as well as a venue for important state events.

The cellars with Gothic arches from the early Middle Ages have been preserved in the castle. The modern look of the building began to take shape towards the end of the 16th century, when Warsaw became the capital of Poland (until 1566 it was Krakow). During the reign of Sigismund III, a northern facade in Rococo style was added to the castle, overlooking the Vistula River. The most luxurious halls were created during the time of the last Polish king, Stanislaw August Poniatowski (coronation in 1764). Among them, were the airy gold Ballroom and the Red Throne room. The ‘Canaletto’ Hall presents views of Warsaw, painted by the artist in the last years of his life. In the magnificent Knights’ Hall, the walls are decorated with large oil paintings, and in the center of the hall stands a statue of Kronos. The royal bedroom, which was completed in 1775 is decorated with biblical paintings. The courtrooms on the first floor of the east wing that have been converted into an art gallery, have, among its donations to the museum, the famous collection of Countess Karolina Lanckoronska, who gifted several paintings, including masterpieces by Rembrandt.

From the Castle, a path leads towards the residential buildings, one of which belonged to the winner of two Nobel Prizes, Marie Curie-Skłodowska (Muzeum Marii Skłodowskiej-Curie), who was born here. Down that way, one can admire the Old Market (Rynek Starego Miasta) with a sculpture of the Warsaw Mermaid, surrounded by richly decorated town houses. During the 16th century, the Town Hall was located here, so also the main temple of the city – the Church of St. John the Baptist (Bazylika Archikatedralna) – the burial place of famous figures. Other attractions include Beer Street (ulica Piwna) named in the 15th century in honor of the numerous breweries located here; and Piekarska Street where witches were burned and loafers were hanged and beheaded. A few steps away lies the loophole (Barbakan) of 1548, which served as a defense fortification. Today, it divides the Old and New Towns. Turning into Ulica Dawna and you can see its famous blue archway. On Kanonia Street, where once was a cemetery, today there is just a cracked cathedral bell (Dzwon na Kanonii), which promises good luck when touched.

One has only to get out of this labyrinth and walk along the Krakow suburb (Krakowskie Przedmieście) – otherwise known as the Royal Path – and a completely different picture opens up. The wide street, a magnificent boulevard used for festive parades, is decorated with buildings of various centuries and eras. This is where it becomes clear why in the 1920s and 1930s Warsaw was called the “Paris of the East”. Along the way, you will see the Presidential Palace (Palac Prezydencki); and next to it the former presidential palace and home of the Polish president and composer Ignacy Paderewski, now the Hotel Bristol; where travelers can stay in the historical premises (Paderewski Suite), which is preserved in its original form. Passing by, is the Church of the Holy Cross (Pod Wezwaniem Sw. Krzyza), and inside here, lies the heart of the Warsaw-born composer Frederic Chopin. A fifteen-minute walk from this church is The Chopin Museum (Muzeum Fryderyka Chopina). Chopin however, was not born in that house nor had he ever lived there. Today it houses his scores and manuscripts. Next to it, is a Music institute.

The highway leads to Nowy Swiat Street, a famous pedestrian area known for its motto “to see and be seen”. Whereas the nobility used to be once settled here, today there are trendy bars, cafes and boutiques lined up. The street leads (30 minutes on foot or 10 minutes by public transportation) to the Royal Lazienki Park (Łazienki Królewskie translated to mean ‘bath’), where the Royal Palace on the island is located. At the end of the 17th century, baths were erected by Marshal Stanislav Lubomirski. In 1764, when the buildings fell into disrepair, they were acquired by King Stanislaw Poniatowski, who created it into his country residence. In 1817, it became the property of the Russian Emperor Alexander I and from that time on, it began to look like a miniature Hermitage. This ensemble is located in an idyllic park. The former greenhouse hosts the Belvedere restaurant today, where dishes served are worthy of Michelin stars, albeit at reasonable prices.

Around the train station some travelers may experience déjà vu. Opposite the station, is a 232-meter Stalinist skyscraper built in the 1950s which houses the Palace of Science and Culture (Pałac Kultury i Nauki) with several theaters and cinemas, exhibition spaces, conference halls and fairs. This building is very popular, especially because of the observation deck on the 30th floor, which offers a panoramic view of the modern city – glass skyscrapers and shopping centers. If you continue along Swietokrzyska Street, you will reach the river and the Copernicus Science Center (Centrum Nauki Kopernik), where visitors can not only see the achievements in science and technology, but can also conduct experiments on their own. On crossing the bridge, you get to the so-called design laboratory of the Polish capital Soho Factory, home to the original Neon Museum (Neon Muzeum), which has exhibited iconic neon signs since 2005.

The prestigious Bristol Hotel is located in the heart of Warsaw, five minutes from the Old Town, a stone’s throw away from Nowy Świat and a ten minutes ride away from the Central Station. Royal families, politicians, scientists and cultural figures, celebrities prefer to stay here. Prices are affordable; and the six-story building has recently been refurbished by British designer Anita Rosato. In addition to the usual – a spa center, a swimming pool, several restaurants and a shopping center, the building is a living museum. It has retained its original Art Nouveau interiors – intricate, typical of that era, patterns on the walls, crystal chandeliers descending from the ceilings that are reflected on the marble floor, racks made of rosewood, and the golden elevator that served its first owner – President Paderewski.

Just around the corner, is the Bristol Cafe, also built in 1901, visited by Picasso, whose signature is proudly displayed on a wall; Sophia Loren, Steven Spielberg, Martin Scorsese, Arthur Rubinstein and Plácido Domingo. Today, it is a meeting place of the capital’s elite and also travelers. By the way, the most famous visitors’ names are marked at the entrance to the premises (their names engraved on round metal ledges in the wall, forming an intricate decoration pattern). The classic Viennese-style café seduces you with the smell of freshly brewed coffee and gourmet desserts each morning. For lunch and dinner, Viennese schnitzel and traditional Polish soups are served here.

Restaurant Belvedere (Restauracja Belvedere) is located in the former greenhouse, which has left its mark on the interiors. Tables are placed among exotic thickets of trees and bushes highlighted decoratively in the evenings, openwork flower balls-lanterns hanging from the ceilings. It serves both traditional Polish and international cuisine. Among the most popular, are red and white borscht, okroshka, mushrooms, hare steak and marinated roe deer meat. All these are served in small portions on huge plates with an addition of fragrant seasonings.

Of the pâtisserie cafés, the Odette Cake chain (Leszczynska 12) is fairily popular. The cakes are exquisite, and their sizes are nonetheless a bit stingy.

Go shopping in large malls near the Central Station, or explore the boutiques around Nowy Swiat and Mokotowska streets. There is an interesting concept store Mysia 3, which offers both Polish designer clothes and home furnishings, on three floors. Depending on one’s preference, the evening can be spent either at the local opera (tickets are surprisingly cheap) or at one of the trendy bars in the Nowy Swiat area. 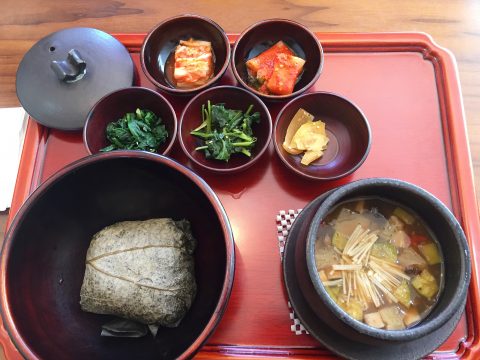