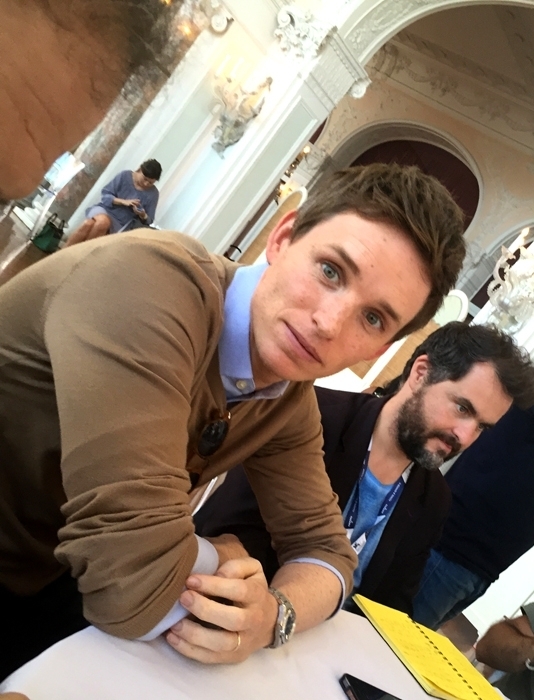 What is The Danish Girl about?

This extraordinary story, dating back to 1920s, is about the Danish landscape painter, Einar Wegener, who was one of the first people in the world that underwent a gender confirmation surgery to become a woman. He became Lili Elbe. Primarily, it’s a powerful love story of two people whose marriage is going through a profound transformation as they fight against society’s disapproval.

How did you get involved in the project?

I was working on Les Misérables with Tom Hooper, when he got me the script saying, “Here is something exciting for you to play.” I sat down to read it, knowing nothing about it, and I was profoundly moved by the story. I told Tom I wanted to be a part of telling it.

What did your preparation to play Lili include?

Oh Gosh … I would observe my own wife putting lipstick on to practice that. I would watch stylists making up other people. I would copy females – gestures, ways of walking and speaking. I met many people from transgender communities and spoke with them. Their kindness and willingness are absolutely amazing – what everybody has shared with me – touched me deeply. They helped me understand the phases of transition.

Did it change your own views?

I started this experience deeply ignorant. I didn’t realize that gender and sexuality were not related; I didn’t really understand the notion of fluidity in both gender and sexuality. Every day, everything about the process, was an education. Today we start to question genders. The definition itself brings us back to ancient times. I think gender is fluid, same as age. Those discoveries should be celebrated, not hidden!

Have you maybe discovered your own fear by playing this character?

Well … I recently discovered that Tom (director – Tom Hooper) offered me the role because he found me feminine (laughs). I always have fears as an actor, fears of failure, especially by playing such a legendary person as Lili Elbe. I have fears of not being enough and that I will disappoint people, including those who have helped me a lot by telling me their stories, spending time with me, and educating me. Of course it’s scary to participate in a big budget production asking yourself if we are going to make enough. However, when I step in front of the camera all fears disappear.

I meant … did you have fear, how playing a female would influence your images as an actor. Maybe now you have to play female parts?

God, no! No! I do not think about that at all. When you start your acting career you have to learn statistics of employment, which are pretty brutal. The idea that you will get a job is already amazing. The idea you will get the job to play the role of an icon is extraordinary. And of course that first idea which crossed my mind was – how privileged am I to play such an exceptional person and to create this exceptional story. The idea of how I would be seen as an actor is so far from my mind.

How has your life changed since the Academy Award? Can you remember that day?

I remember being in the middle of a shoot for The Danish Girl when I was told that I needed to be in LA for the Awards. When I returned, I went from the airport directly to set. My team decorated set up my trailer. The director said, “I’ll give you two minutes to get ready.” I came out – already dressed as Lili –showed my Oscar, and then I left it in my trailer to go back to work.

And when you’re not working…

I am home relaxing, playing piano. I recently started to paint.