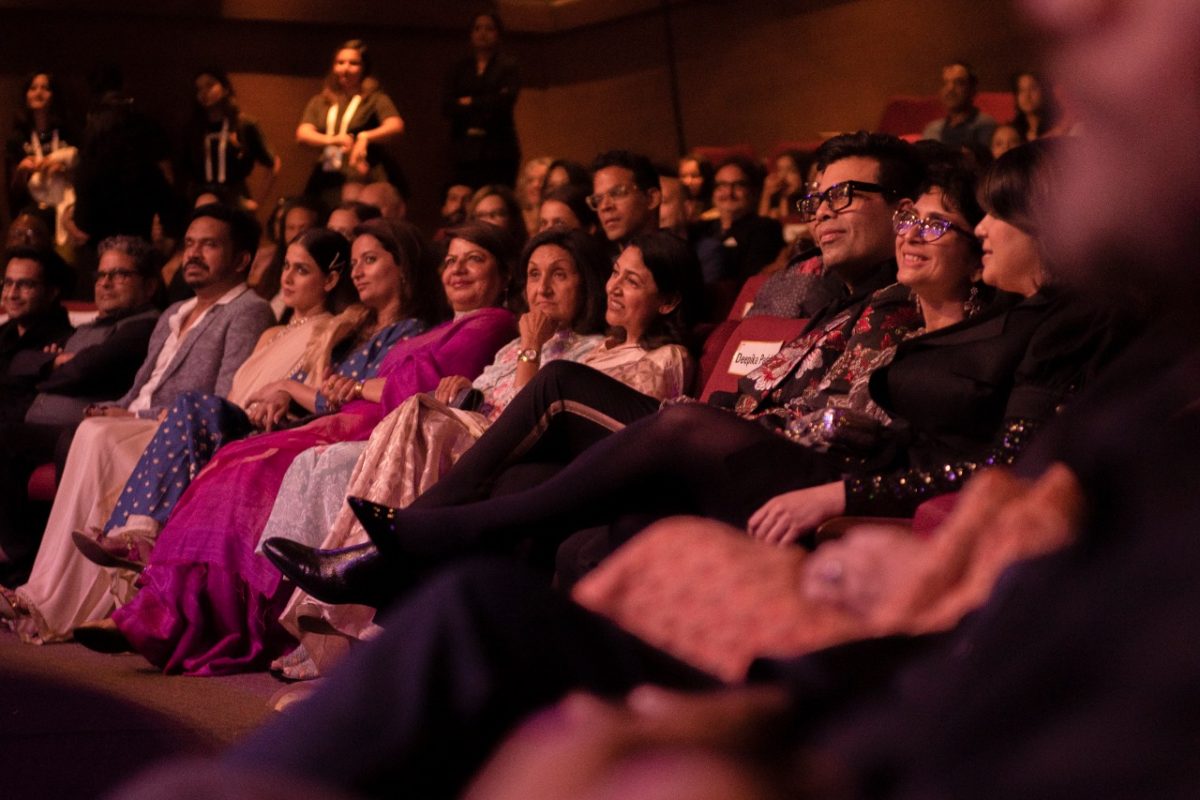 The 21st edition of the Mumbai Film Festival was glamorously opened on the evening of October 17. For the next eight days, viewers will have time to review and discuss over 190 films from around the world as well as to meet the favorite talents from the local film industry.

Created twenty years ago, the Mumbai film festival – affectionately called MAMI (Mumbai Academy of Moving Images) – had at first a hard fight against prominent competitors like the film festival of Goa. But the legendary Bombay would not be the birthplace of longing dreams were it so easily abandoned. The creative era of the Mumbai Film Festival began five years ago after three women – Kiran Rao, Anupama Chopra and Smriti Kiran – had taken the lead. The organizers have brought numerous sponsors on board, including the Indian business magnate Mukesh Ambani and have invited to Bombay leading Indian and international filmmakers.

Back then, the opening ceremony took place in Mumbai’s most legendary venue –“ The Gateway of India”, which probably has a similar historical significance as the Statue of Liberty on Staten Island in New York. When Salman Khan with his numerous attendants in tow would enter the ceremony, the event itself would no longer matter, because most of the audience, ignoring what was happening on stage, rushed to take selfies with the star. Those times seem to be over. MAMI (today Jio MAMI) has become a well organized, efficient and international festival.

This year’s ceremony took place in Bandra West at Bal Gandharva Rang Mandir (Sheila Gopal Raheja Auditorium). The red carpet was well attended by stars including Deepika Padukone, Karan Johar, Tillotama Shome, Deepti Naval, Vishal Bhardwaj, Kalki Koechlin, Kiran Rao among others. Eminent guests walked the red carpet in a businesslike manner, hastily giving smiles, answered two or maybe three questions, and silently took their places in the hall. Probably the pink mille feuille dress of Deepika aroused the most delight among the guests or had caused delightful anticipation much earlier, when she had posted her photo on Instagram before going to the ceremony.

The ceremony, which lasted just 45 minutes was hosted by the actress Soha Ali Khan who introduced Deepika Padukone as the newly appointed chairperson who was taking up the chair for the first time this year. Speaking about her appointment Padukone said that cinema has the power to evoke empathy, foster kindness, and experience innocence, however the age of social media is isolating us which is why film festivals like MAMI bind us without boundaries. She finished her speech by saying: “Many believe that I am too young, too mainstream, too tall, and I am only what I am wearing. But I am here because I want to learn and because I want to give back”.

Later on, members of the jury were called on stage and confronted with questions about the meaning and quality of cinema. When the Founder of the “Black List”, Franklin Leonard was asked about ‘what makes a film universal?’, he answered that ‘every film is truly universal in its specificity’ and that it is important ‘to tell a story about human beings as they are for the rest of us to recognize our common humanity in them’. Not much was said about the festival program with its 50 debuts, 13 world premieres and 190 films in total as well as about the programs “India Gold”, “India Story”, “Marathi Talkies” and “Spotlight” focusing on Indian cinema.

The ceremony ended with the ‘Excellence in Cinema’ award going to Deepti Naval for her outstanding contribution to the world of cinema, for which the actress received a standing ovation. Naval made her acting debut in 1978, having acted in more than 60 films since then. Some of her most iconic roles include those in “Kamla”, “Chashme Baddoor”, “Mirch Masala”, “Rang Birangi”, “Firaaq”, “Leela” and “Memories in March”. She was last seen in Zoya Akhtar’s web-series “Made in Heaven”.

Deepika Padukone and Vishal Bhardwaj presented the award to her. Funny detail- after the speeches, Deepika collected all the microphones to return to the hosts. It involuntarily recalled an interview she had given five years ago at MAMI, talking about her father, who used to punish her for the mess she left in their house. Back then; she confessed that not only is her house well organized but even those of her friends because she helped them tidy up.

The MAMI-program began on October 18, including the premiere of the opening film “Moothon” by Geetu Mohandas, starring Nivin Pauly, Sobhita Dhulipala, Jim Sarbh, and others. The Malayalam-Hindi production is about a boy’s search for his elder brother, which takes him from the island of Lakshadweep to Mumbai. So we are back to Mumbai, where the next eight days are going to look vibrant and promising thanks to MAMI.