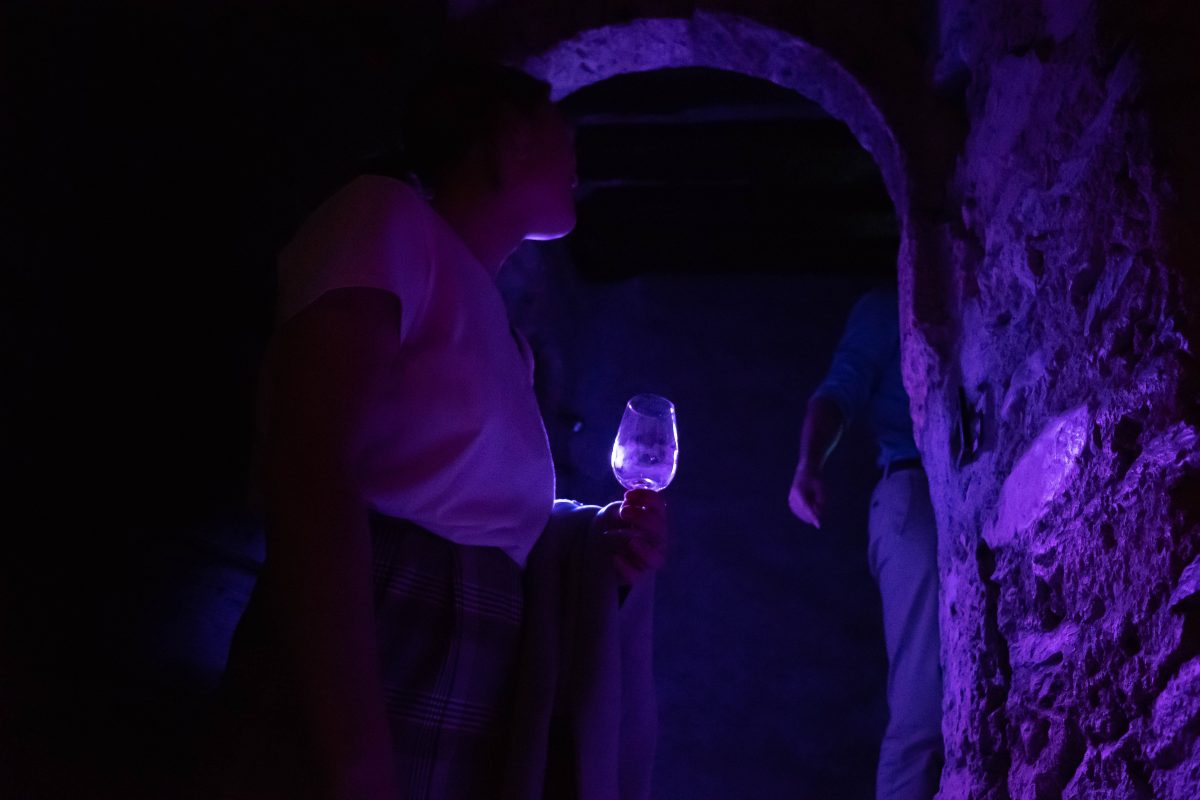 The US filmmaker, photographer and artist David Lynch pays homage to Italian filmmaker Federico Fellini at the Maison du Diable in Sion. The exhibition runs until the 16th of December.

David Lynch and Federico Fellini are both legendary filmmakers, but that’s not the only thing they have in common. They originally pursued artistic careers – the Italian Maestro as a satirical cartoonist and the American film director dreamed of becoming a painter at the Pennsylvania Academy of the Fine Arts. Fellini preferred to express himself through his sketches; Lynch likes lithography, which allows copying drawings in several editions. However, both lovers of the visual arts, they eventually poured their talents into the silver screen and most of their films have earned their place in the Pantheon of world cinema.

Fellini was in the hospital in Rome, when David Lynch visited him in 1993. Afterwards he fell into a coma from which he never recovered. Italian filmmaker was a great source of inspiration for David Lynch that is why the Cultural Centre of the Fellini Foundation at La Maison du Diable in Sion, Switzerland decided to organize “A Tribute to Fellini” by David Lynch, where the favorite themes of the both directors can be seen in their graphics – many of them on show for the first time.

David Lynch selected 12 drawings of Federico Fellini for the exhibition in keeping with his own from the collection of the Fellini Foundation for Film. The Fellini Foundation (http://www.fondation-fellini.ch), which was established in 2001, owns 15,000 original documents related to Fellini’s films and the story of world cinema: drawings, posters, artifacts, photos, scenarios.

Fellini was, for me, a great source of inspiration. Each movie is its own world. I love the characters, the atmosphere and the intangible “je ne sais quoi” that emanates from every one.

I am fascinated by the scaffolding and by Fellini as an artist. Every picture, every frame of his films is a drawing, a painting, a photograph. He’s inventing things that have never been seen before. And this whole thing it’s the people in this environment. It’s magical.

Thierry Frémaux, Director of the Institute Lumière and the Cannes film festival about David Lynch:

Because his style has made such an impression on the spirit of the time that he’s become an adjective: Lynchian. In the same way there’s Fordian, Hawksian, Proustian, Dylanian. During the Selection screenings at Cannes, when we see some bizarre films, there’s always someone who breaks the silence to say: “It’s rather Lynchian.” Because David Lynch is unique, because he’s good, because he’s beautiful. And because he’s already left his mark – sparkling, inimitable and ineffable – in the annals of world cinema…

The exhibition “David Lynch: Dreams -A Tribute to Fellini” discovers perspective of the two genius filmmakers on their unique universes. And the universes came together in Sion in lively interaction.