Lily-Rose Depp: actress with a face of an angel 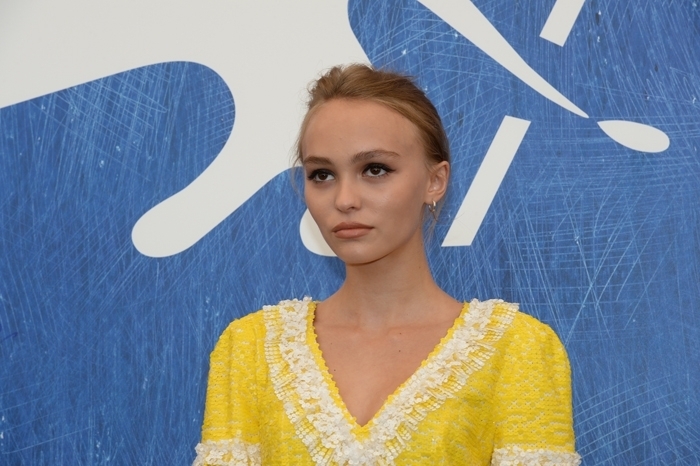 The daughter of Johnny Depp and Vanessa Paradis, Lily-Rose Depp, is a teenager with the face of an angel, but with mature presence on screen promoting her latest film “Planetarium”. This year she was also picked as Face of Chanel’s new aroma N5 L’EAU.
Five questions we asked the young actress at the 73th Film Festival in Venice.

“Planetarium” is about siblings with supernatural abilities. What do you think about your heroine?

It wasn’t clear if my character has a supernatural gift or if she is faking it to just make her living in this tough time before the World War II. So I didn’t understand if she is talented indeed or just pretending to be and I played her in this uncertain way. Like her, I have a cheerful, sunny side, but I also have a shy side, when I am just stuck in my own world. Kate is not very grounded; sometimes she seems to float between life and death.

2 Which experience was the most joyful in this film?

The most fun scene to shoot was the one of the party, when it’s snowing at night. Emmanuel, who played the French film producer, carried me on his shoulders, I drunk champagne, we were intoxicated. I hurt my leg during this scene but I didn’t want to stop, despite the blood and the cold. Paradoxically, whereas the story is sad, the set was very joyous.

How to feel so confident at the age of just 17?

I do not always feel confident. Like everyone I have those moments when I am lost or I feel like I’m not good enough. And I am scared because of all of the expectations. To feel confident I think it is important to put myself out there for the role and do the best job I can. I think that most importantly in an acting career is

Did you have a childhood being a daughter of celebs?

It’s difficult trying to do regular kids stuff being at the same time constantly in the spotlight. On the other hand I feel being privileged to knowing such people like Karl Lagerfeld, whom I met when I was eight years old for the first time, knowing him for now half of my life. Fashion is about experimenting, taking risks, and having adventure at any age.

Do you prefer acting or modeling?

First I thought about a career as a singer. I like singing. But once I started acting I lost myself in acting and now all I want is to act. I think acting. It feels more emotional, if not the media circus. Even though I grew up with it, I don’t like to be under pressure of being constantly photographed. I always wondered who would want to see me so often or to read what I eat or wear.