How she got bruised and bitten. Charlize Theron on filming „Atomic Blonde“ 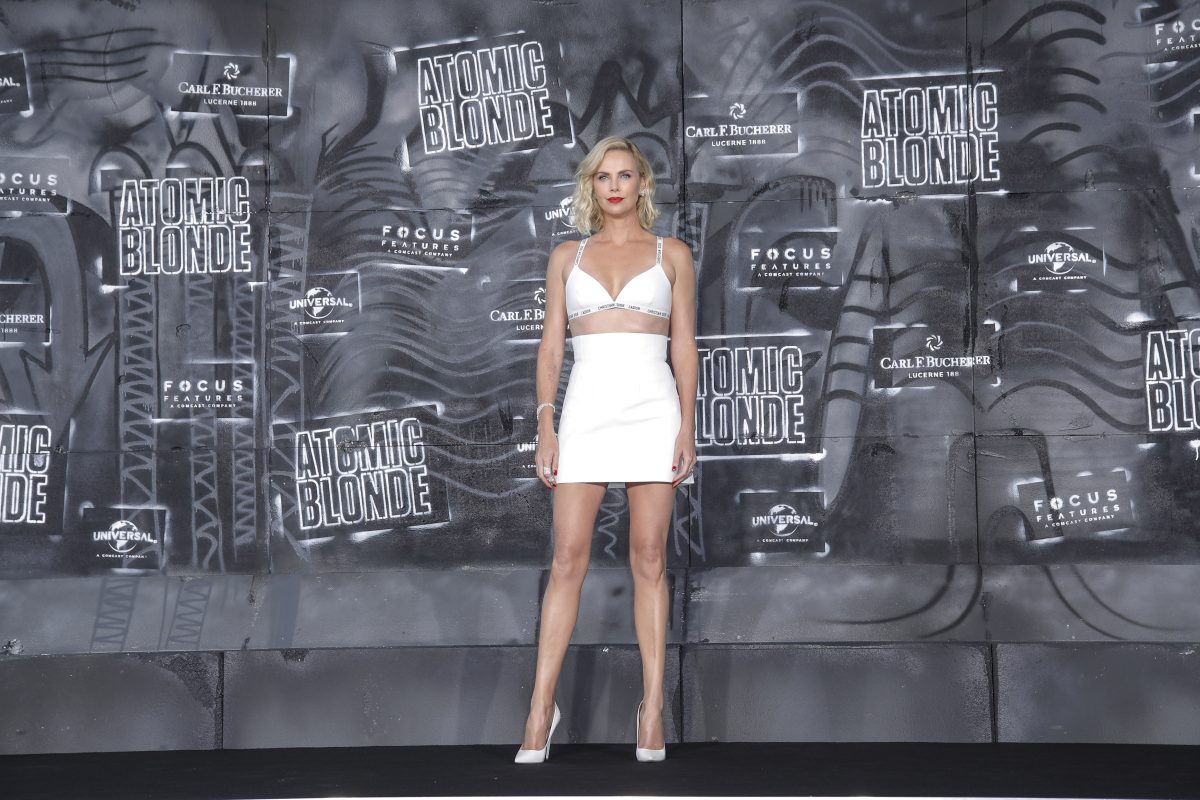 “Atomic Blonde”, a high-adrenaline action movie set in 1989 Berlin, is poised to be a summer hit with Charlize Theron displays her spy talents as a female undercover MI6 agent Lorraine Broughton.

What drew you to the project?

Seven years ago I started actively looking for a character similar to Lorraine, who you can put into circumstances normally played by male characters. The graphic novel was unpublished at the time. I received eight pages of it. Something about the character just sparked, we found a writer and he wrote a script. We started with little and it took a long time to get it to where is today, which makes me very proud. Unfortunately people are still thinking that if you do a big action movie it’s soulless. You’re just getting a paycheck. I did not get a paycheck on this. We shot this movie for 30 Million dollars and we barely made it. I think good movies are surpassing those boxes, like genres or what we expect them to be. I did not look at it as an action movie; I wanted to make a great movie with a great action.

Can we say that a female James Bond has been born?

I can take that (laugh). But it was never my intention to make a female James Bond. My intention was to question all those characters, like Born and Bond, and movies, where they get to play by certain rules, because when a woman steps into that the rules are suddenly changed. Every moment woman is reminded about being a woman and I don’t like that. So it was important to understand how can I do the movie of that genre and let the female protagonist play by the same rules any of those men would play. What would I need to do to make her feel equal? First of all I eliminated all emotional manipulations like revenge, lost of the husband or children

And you invented sex with another female?

This scene it’s not about sex. I wanted to show how hard it is for people like Lorraine to share intimacy with other people living in a world surrounded by secrets. She is not allowed to be vulnerable because it’s the most dangerous thing, which can happen to her.

Can you talk about the fighting scenes?

I think there is a part of me as a dancer that still feels nostalgic to that kind of storytelling where you have to use your body instead of words. As well I am very fascinated by the old school of the Hong Kong filmmakers, their ability to use action to develop the story. I think this idea is not common for American cinema, which uses fights as breaks between the scenes without using them to develop the story. I trained really hard, because I was expected to be in nearly every scene. I was taking photos of my bruises and I was sending them to the make-up department. I could not believe the size and intensity of them. I have never had bruises like that in my entire life. Some of them looked like I had a car accident.

Did you have discussions about abusing woman on screen?

We had discussions about bigger issues. I think women sometimes do not get the same fare shot than men do in these kinds of movies.  People are uncomfortable watching us with our faces looking up. Lot of my heroine’s empathy comes from those bruises not the fact that she is trying to emotionally manipulate audience by saying “feel bad for me because my husband died” or “I am a woman, meaning I am not that strong”. Her job is MI6 agent so it’s her job and she would expect to fight and to be bitten. My movie is not about men being abusive to a woman. It is about a woman who owns her strength in what she does – a really good spy.

Do you have impression being paid equally to men?

I am fortunately in the position that I can negotiate, but the majority of my female colleagues are not in that position. And I think that is the conversation, which needs to be held. It’s not about me. It’s a question about what do we do about women in general, who work but who has no power to say: “You know what, if you don’t pay me I am not gonna come to work”.

Your film is about Berlin, how many scenes did you really shoot there?

We were in Berlin for six days and we utilized them to a maximum capacity. Berlin for me is one of the top five cities in the world. When I came here in early nineties the city was completely different. I remember driving to the airport and seeing hundreds of the cranes on my way. Seven years later the entirely new city was built. I think I love cities, which have gone trough struggles, like Berlin. Their recovery feels like one that still very much aware of its history but also celebrating a recent moment.

Do you remember where you’ve been when the wall came down?

I was in South Africa and the country was dealing with the similar issues. This idea that you can separate people was similar to what the wall represented here. So I remember as a young child hearing about these conversations, about celebrations and seeing photos of it.

Do you think we are going back to the Cold war?

Well, we are currently building a wall in California and we have a president, who wants to build it. These ideas are still alive with certain people.

Have you ever dreamed about being in your recent position: famous and “Oscar”-awarded actress?

My reality was different I thought I would have the second or the third job to pay the bills. So my dream was modest just to support myself being an actor. I come from a family that taught me to be humble and to be gratitude and not always expect everything to be handed to you. They taught me discipline and hard work and I was excited to take the path as an actor where I would pay my dues and I would work my way up. And I was not expected anybody else to do that for me. I think it would be very sad place to live in a world where you would expect those things to come to you because when you do expect they will not be special.