A variety of iconic photographs fills the walls of a house in Chicago, forming the family collection of Richard and Ellen Sandor.

Their first acquisition was Walker Evans’ “Plantation at Belle Grove”. Today, the Chicago couple has one of the top photography collections in the world, representing different periods, dating from the 1840s to new media of the 21st century. It touches every era and genre, the American West, Paris between the world wars, Hollywood, conceptual, documentary, portraiture, contemporary, and postmodern, featuring American and international artists. In our exclusive Zoom-interview (for full version check “Photoworld” Xinhua) the collectors shared their knowledge and passion about vintage photography.

Mr. and Mrs. Sandor, you started collecting photography, when it was not even considered as an art form and not even entered the museums. What was the driving force of collecting it?

Ellen Sandor. I have just graduated with an MFA from the School of the Art Institute of Chicago. Richard and I had lovely relationship with my professor at SAIC, who introduced me to photography. And photography is about this certain historical moment, which is happening “now”. It’s about living with the art, not just collecting.

Richard Sandor. We were collectors even before, as graduate students and young academics, we were buying lithographs. I loved the idea of the new turning to a new field. The history of photography is relatively short and recent. It’s difficult to master painting with its 700 years of history, Renaissance, Impressionism, Cubism etc. Photography began in 1839 with Louis Daguerre and Henry Fox Talbot. And I even witnessed the end of photography in the 1970s when it became a technology which post-modernists used. The first photograph we bought was a modern gelatin silver print of Walker Evans’ “Breakfast Room, Belle Grove Plantation, White Chapel, Louisiana, 1935, the same time we acquired August Rodin Final Study for the Balzac Monument, No. 11 and Masque de l’homme (Man with a Broken Nose) from Bernard Cantor.

It seems that Americans have a particular tendency to collect photography. Can you comment on that?

Ellen Sandor. For Americans, history is about decades and not centuries.

Richard Sandor. We are a frontier nation, and since we do not have a long legacy in art, we embrace technology, whether be it in photography or film. Americans grew up with movies, and with magazines like “Time”, “Life”, and “Look”, which contained images.

What is the photography market and where is it heading?

Ellen Sandor. We started collecting (https://www.sandor-collection.com) in the 1970s and they were only three museums with photography departments in the world – the Metropolitan Museum of Art, Museum of Modern Art in New York and the Art Institute of Chicago.  Of course, the notable exception was the George Eastman House devoted totally to photography.  In Europe and the UK, there were museums like the Victoria and Albert that had photographs in their collection, but the field was in its infancy compared to today.

Richard Sandor. In 1980, I went to Sotheby’s and publicly bought bunch of photographs for like $2,000-$5,000, obviously overpaying. From that day on, the dealers started saying: “There is a new collector and he is crazy. He is paying thousands for pieces as opposed to hundreds”. The reason is, I wanted to collect photography and the best way I knew was through the market. In the 1970s and early 1980s, we were probably the principal buyers of photographs at Sotheby’s and Christie’s. At the time, there was just a scattering of photography dealers, but no real gallery scene or auction house activities. The change began in 1975, when the photographs for total amount of $250,000 were sold at Sotheby’s. Look at what has happened to the photography market since then. It’s grown from $250-300,000 to easily $50 or $100 million.

Your collection is divided into several topics named “historic Moments”, “Hollywood”, “Paris between the Wars”, “African American” and others. How did you select what to purchase?

Richard Sandor. We would buy the same image in many different incarnations. For example, we had a vintage lithograph from 1937 of Mona Lisa with a mustache (called L.H.O.O.Q) by Marcel Duchamp. We bought a modern gelatin silver print of Philippe Halsman’s “Salvador Dali, Disguised as the Mona Lisa, 1953,” and afterwards, a Louis Vuitton leather handbag with the motif of Mona Lisa by Jeff Koons. And this topic started with an albumen print by Gustave Le Gray from 1850s depicting the Mona Lisa called ‘La Joconde’. That is not how people would normally buy art, but we did. It is our unique way of collecting. Any place you go in the house, there is a narrative story. We bought Richard Avedon, because Ellen and I were graduates from Brooklyn College and Avedon was also from Brooklyn.

Ellen Sandor. We did not design our categories on purpose. It happened to be based on our preferences. Knowing that technology is part of art’s future, I have been working with my art lab, (art)n (http://visualizinginanewlight.com), developing digital 3D art, as a future direction in photography. So, we have a huge collection of new media including my own work.

Are there still niches for collecting photography, now when the market has changed?

Richard Sandor. When we started collecting photography, we paid prices which were considered absurd. Thousands of dollars instead of hundreds. If you watch the price over time, it went from the record of $5000 to $500,000 dollars and now, once the rarity was accepted, we even count in millions. Every major country in the West has a photography museum. I feel that there is still a huge potential because of the modern economy. China has just opened its first photography museum. We will be going through another wave of enormous grow as the Asian world will discover Western photography, and begins to create their own generation of modern and post-modernism. I think the beauty of photography is that you can still find great pieces for hundreds of dollars or a few thousand. As a student of markets, I think if a great vintage print sells for $300,000, and a modern print of the same image sells for $3,000, that’s a good value.

Ellen Sandor. Those people who say photography is an accepted medium, they are in North America or Europe. There are billions of people on the planet who haven’t been exposed to photography yet. It’s important for new collectors to educate themselves and then use a combination of instincts and research. You can still find a lot to discover for example in the art graduate schools. However, diving in blindly is not advised. It is work. Work, passion and good instinct. 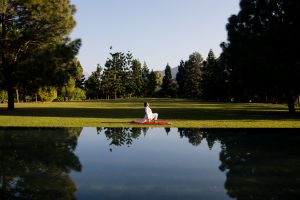